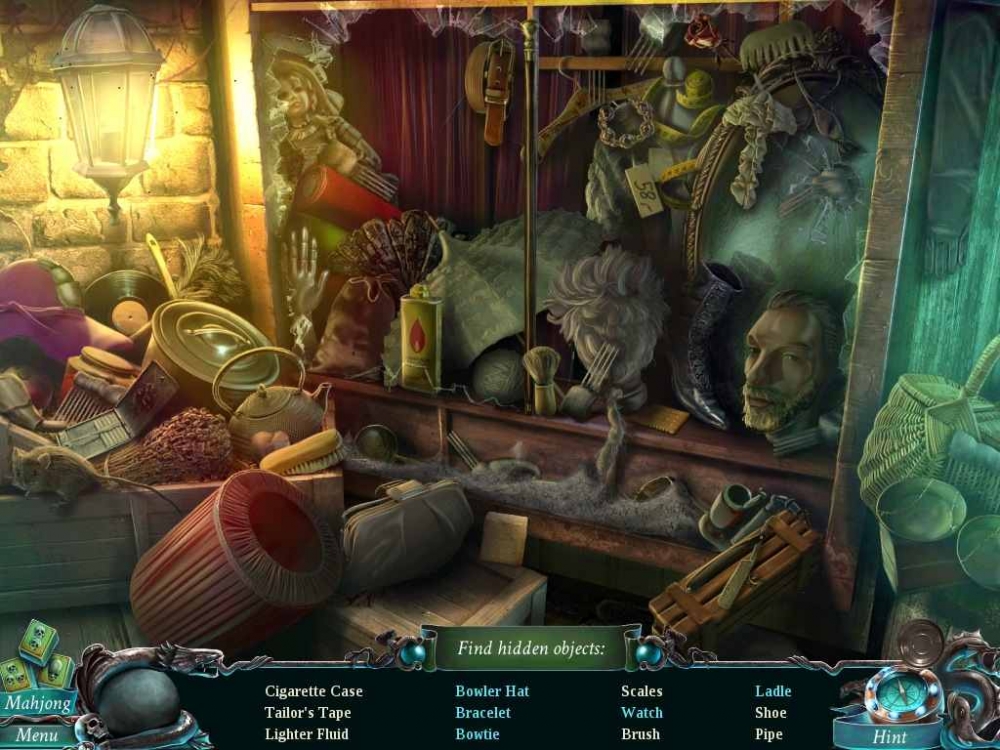 You play as Sarah Black, who is employed as the curator of the Caribbean Naval Museum. Her otherwise quiet evening is abruptly interrupted by an unannounced knock at the door. It’s a mysterious figure that delivers a package – a box that only Sarah can open. After a quick examination, Sarah places a one-of-a-kind artefact on the box’s surface, breaking the seal and revealing the Golden Octopus.

But before you have time to react to the cephalopod, a squad of bandit fish-men come crashing through the ceiling, knocking down Sarah and making off with the relic. If this hasn’t aroused your curiosity, trust me when I say what happens next will undoubtedly grab your attention.

Amazingly, it’s how Artifex Mundi plays on notions of uncertainty and inevitability that makes The Siren’s Call completely immersive. Shortly after your foray with the Golden Octopus, Sarah finds herself on the shores of Kingsmouth. The citizens of this long forgotten fishing village are cursed and slowly transforming into ghoulish, mutated sea creatures.

Like other titles in this genre, you have to tackle The Siren’s Call with a hunter-gatherer style mentality. For the most part you’re going to be giving your eyes a proper work out as paying attention to the environment is a huge part of the experience. Apart from simply collecting and combing items you find, you’re also be pushed to the absolute brink by a huge variety of minigames and puzzles.

I enjoyed how these elements turned up just when I needed a break from the point-and-click gameplay, and they also act as literal roadblocks to advancing the story. Fortunately, if you do find yourself mentally defeated there is a skip mechanic that instantly solves the puzzle you’re stuck on.

As you progress through the game you collect fish coins that reveal how the plight of Kingsmouth came to be, but that’s not all. Unearthing a fish coin is a milestone; you’re not only are you learning more about the town’s history, but you’re also edging closer to the end of your journey. The deeper you dig, the more uncertainty gives way to feelings of inevitability. And brace yourself: crossing the finish line is just as memorable as the marathon.

The Siren’s Call is well deserving of such a title, but unlike a marathon it’s never gruelling. Nothing in each of the game’s 48 locations – which are etched in beautiful detail by a palette of rich pastels – feels out of place. Even the collectable octopi, parrots and sea horses feel like a part of the world, as opposed to a lifeless sticker that you’re expected to peel off during the course of your adventure. 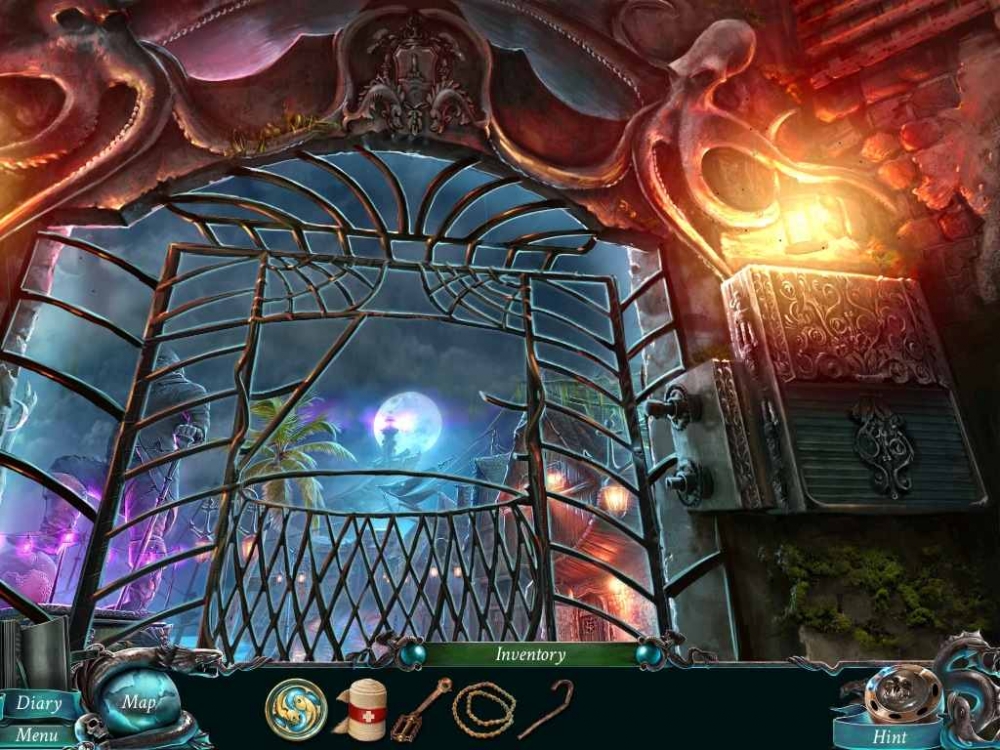 It’s clear that staples of the hidden object puzzle adventure genre act as the sturdy foundation upon which The Siren’s Call was built. But it’s where Artifex Mundi has decided to tread off the beaten path with its design that the game truly shows its worth as a genre gem.

For example, there is a fast-travel mechanic that allows you to seamlessly transition from one location to another. Traditionalists may choose to avoid this feature, but I enjoyed using it as my primary form of travel. Back-pedalling from one place to another can become tedious and disruptive to the overall flow of the game, and being able to simply port myself to where I wanted to go was a much-welcomed alternative.

You’ll also find yourself doing more than just poking and prodding your way around the map. Objects in the environment can be completely interactive. In a typical hidden object puzzle game, dousing out a fire would be as simple as selecting your pale of water then pointing to the fire and viola – no more fire. But The Siren’s Call takes it a step further by giving you total control. You pick up the can and literally pour it over the fire until it’s completely dead.

It may not sound like much, but it’s tiny details like this that help The Siren’s Call stand out. With its beautiful visuals, compelling story and immersive gameplay, Nightmares from the Deep: The Siren’s Call will never find itself lost at sea.

Grab the game now on iOS, or find it on Xbox Live.