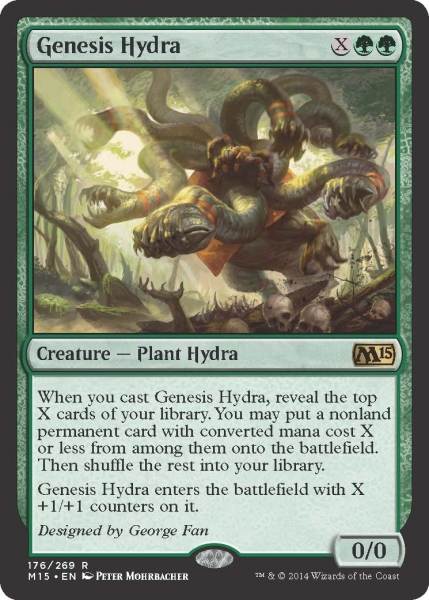 Original Story: Collectible card games (CCGs) have been all the rage lately, with the charge being led by Blizzard’s free-to-play iPad title, Hearthstone: Heroes of Warcraft. By all accounts, Hearthstone is an excellent game (read our first impressions here). But anticipation is building for the annual entry in the Wizards of the Coast’s seminal card battling series, Magic: The Gathering. I’ve been playing Magic since I was in high school, so can attest to the near-religious fervour that surrounds the release of a new deck of cards.

This might make you feel slightly old, but the Magic series has been around in physical form since 1993. However, it was only in 2012 that an accompanying digital version released on iPad for the first time, Magic 2013: Duels of the Planeswalkers. This year will follow the same pattern, with the core card set (boasting 269 cards) due to release on July 18 alongside an iPad version, Magic 2015: Duels of the Planeswalkers (teaser trailer below).

Like myself, if you grew up playing the physical card-based version of Magic, you might be sceptical of whether a digital version can truly capture the essence of what makes it so enthralling. After playing the 2013 and 2014 digital editions, I came away thoroughly impressed, as many of the features of the physical card game have survived the transition to the digital world. In fact, the iPad version is in some ways superior to the physical version. This is especially so for newcomers, with the digital versions boasting an extremely gentle learning curve and helpful tutorials. But veterans aren't left out in the cold either, with a number of challenging encounters thrown into the mix.

This isn't to say the iPad versions are perfect: there's certainly room for improvement. One of the biggest criticisms I had of early versions was the inability to customise your own card decks; possibly the most defining feature of the Magic series. However, Wizards of the Coast are listening to fan feedback, meaning Magic 2015: Duels of the Planeswalkers will feature the ability to fully customise card decks, along with some other nice features like premium boosters packs.

In a really cool piece of trivia, Wizards of the Coast has revealed that the 2015 edition will add 14 new cards to its core set, designed by some of the biggest names in the games industry. Check out the full list of who’s involved below.

So far only one of these new cards has been revealed (see above), the Genesis Hydra by George Fan (of Plants vs Zombies fame). But if this is the standard we can expect, I’m incredibly excited to see what else is going to be on offer.

The core set of Magic 2015 cards will launch on July 18, so we expect Duels of the Planeswalkers to release on iPad soon thereafter. We’ll keep our ear to the ground and keep you posted if any further information comes to light.

You also might like to read our Hand-On Impressions of Magic 2015, or our story about the Magic: The Gathering film.