Indie developer Codex Worlds has revealed that its upcoming tactical space action game Infinium Strike will be coming to Xbox One in Q2 2016. 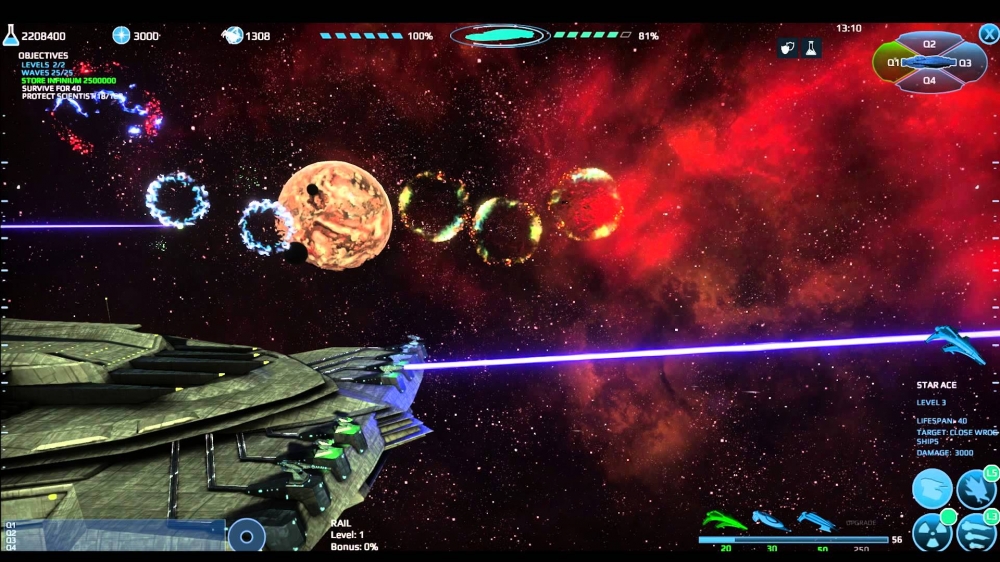 Previously announced for PC, and even enjoying an open beta late last year, Infinium Strike was announced today to also be coming to the Xbox One. Developer Codex Worlds, founded by ex-Ubisoft employees, expects the game to hit the console in Q2 2016. It’s a positive boost for the console’s indie scene, which is struggling to match the number of indies appearing exclusively on the PS4

Infinium War is set in the far distant future: an intergalactic war with the Wrog – a race of sentient alien ships – is threatening to bring about human extinction. After decades of futile resistance, a last minute saviour appears in the form of a powerful resource called Infinium, which is best described as a living metal. The humans use this Infinium to create a battlecarrier called the Freedom Strike, which looks to be humanity’s last hope.

Players control the chief weapons officer of this ship, and will mastermind not just the weapon systems, but a whole fleet of ships and all the cutting edge technology available in the fight back against the Wrog. Described as a mix of action and strategy, it's a twist on tower defence whereby you need to out think the enemy by upgrading and placing weapons on your ship to deal with incoming alien threats as the emerge. You need to manage many sectors at once and not all of them you can see at the same time, leaving blind spots requiring a constant juggling act or management and scouting for trouble. Infinium Strike was funded on Kickstarter and has been in development for three years. It will feature two main modes; a Campaign that allows you to rise through the ranks from private to admiral, and Deep Space, a galactic-sized Horde mode.

Space is definitely the hot setting for 2016, with a host of big name video games on the horizon looking to change the way we view gameplay in the stars – think Star Citizen, No Man’s Sky and Eve: Valkyrie VR. Where will Infinium Strike sit when it’s all said and done?

If you’re looking for more great underground indies for the Xbox One and own an iPad, be sure to check out Episode 8 of award-winning digital magazine Grab It.