Are epic bargains like those of the Steam Summer Sale really a boon for gamers, or are they in truth undermining the pleasure we get from the games we already own. 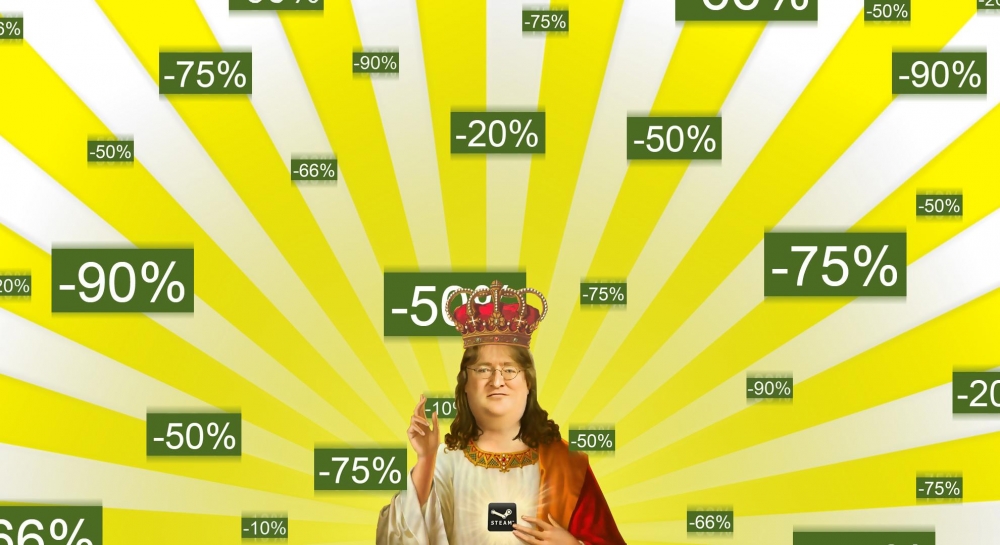 The Steam Summer Sale is here, and it's as if a million of inner voices cautioning restraint were suddenly silenced. PC gamers are well-versed in the dangers of the digital distributor's unparalleled discounts, though mobile and console gamers are fast becoming no strangers to slashed prices either. Who can say no to four games for a measly dollar? How is anyone supposed to turn down hours of entertainment for less than the cost of cappuccino? So what if the game received mixed reviews, or is part of a genre that you don't typically play; the price is just too good to pass up!

Inevitably, you succumb to the fear of missing out on a golden opportunity and reach for your wallet. Maybe the game will be a dud and maybe you'll only play it for ten minutes before getting bored, but can you afford to risk the regret of not knowing when the price of peace of mind is so low?

I've found myself falling prey to this reasoning more and more often of late, with the Steam Sale philosophy gaining traction in many other avenues. Look at PSN flash sales and the Humble Bundle offerings, for example. The sight of a 90% off banner and the air of exclusivity that a timed sale exudes compel me to punch in my credit card details without a second thought. Like an impulse buy at the supermarket register, the question of whether I actually want the thing I'm purchasing or I'm just giving in to allure of a bargain doesn't even cross my mind. It's not until much later, if ever, that I stop to consider the motivation behind the transaction.

Oftentimes I realise that it wasn't the game itself that enticed me, but rather the anticipated satisfaction of snagging a good deal. The purchase was the excitement I'd sought, not the game that came of it. Oh well, I'll think, what does it matter? I've added another game to my catalogue, hours of potential fun waiting to be had. Nothing bad about that.

This kind of rationalising would be fine, if only it didn't occur every other day. In a show of selective ignorance, my mind conveniently forgets what happened last time, and the time before, and the time before that. Whenever one of those magical words graces my vision, amnesia strikes. Sale! Bundle! Bargain! Time for another unmissable deal!

This phenomenon is one many gamers are becoming accustomed to these days. Too many games! The bottomless backlog has become something of a badge of honour, or a mark of shame, depending on your perspective. Steam libraries comprising hundreds, even thousands, of games are not uncommon. 90% of them have never been played, and may very well never be.

Conservative estimates of gamers' backlogs often reveal that they could coast for years on their reserve of untouched titles without having to buy new ones (for those interested, the site steamleft.com provides just such estimates). Does that stop them from pulling out their metaphorical wallet when the time comes for another flash sale? Not usually. Out of sight, out of mind, and digital games don't leave much of a visible footprint.

At first glance, the impulsive pricing of digital game sales seems wholly beneficial for gamers. More games for cheaper is hardly a proposition anyone would argue with. But there are conflicting consequences lurking below the surface. Take the issue of the ever-expanding backlog: we each only have a finite amount of free time available to us, and we have to apportion it in the hopes of maximising our pleasure. If we decide to use some of that time to play games, the next question is: what game do we play?

Faced with a list longer than The Last Guardian's development time, it is not unreasonable to feel a little overwhelmed. Where to start? Everyone's been raving about this game, but shouldn't I play its predecessor first to get up to speed with the story? What about that one? No, that's a 60-hour RPG, and I don't have the time to sit down for hours on end right now. Or this? Nah, I need to be in the right mood for that one… 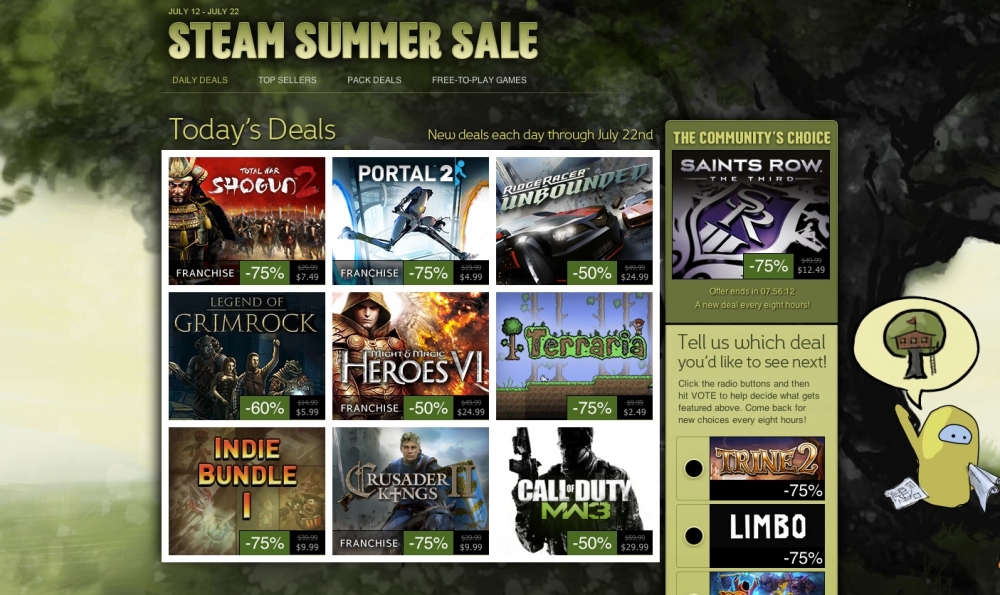 The paradox of choice is an established psychological phenomenon that explains how too many options can often have a paralysing effect on our decisions. With so many variables to consider, our brains shy away from the task and tend to go for a safer, tried and tested option. In the case of a daunting backlog, this leads to rejecting new experiences and replaying older games, or even abandoning the notion and doing something else entirely. Potential wonderment is lost in the endless ocean of games, dismissed for the comfort of the familiar. Unconsciously, our hesitation turns ambivalence and uncertainty into apprehension and dissolution, preventing that backlog from ever seeing the light of day.

The psychology of sales is heavily influenced by the concept of attribution of value. The old adage you get what you pay for embodies more than the notion that higher priced goods are usually made from higher quality components; the number on the price tag has a power all of its own.

Think about a pair of jeans. One, a $20 pair from a generic department store. The other, a $100 pair from a boutique outlet. Side by side, they look practically identical. In a blind test, the physical feel of the comparative denim exhibits no noticeable differences. Yet doesn't wearing the expensive pair just feel… better? More comfortable, more glamorous, more stylish? You know deep down that they're probably made in adjacent workshops using the same materials and processes, but that doesn't change the fact that the two pairs offer markedly different experiences in the wearing.

Tests have proven this phenomenon time and time again. At the neuro-electronic level, we perceive the same objects as distinct entities based on the value we apply to them, fiscally or otherwise. In terms of gaming, this means that - to varying degrees - the fun we have with a game is affected by the value we feel it holds. That may or may not reflect the price we paid for it, though.

Getting a good deal on a game we already wanted doesn't instantly devalue it. It is the games we pick up on impulse for pocket change that run the risk of subconscious devaluation. We tend to spot flaws more readily in these “cheaper” experiences, and are more likely to walk away at the first sign of bugs or boredom than we would we if we'd paid full price. After all, it was only a couple of dollars. The pain of loss is inferior to the apathy of the experience. Besides, we tell ourselves, how good could a game be if they were practically giving it away?

These mental miscreants hunker in the shadows of seductive sales. Invisible to the naked eye, they nonetheless influence the way we play and purchase games. They sully the seemingly idyllic notion of game sales with silent sabotage, encouraging the economy while disrupting the actual act of gaming. It's something to keep in mind the next time your finger's hovering above the Add to Cart button; am I buying a game, or the short-lived satisfaction of a dollar discount? 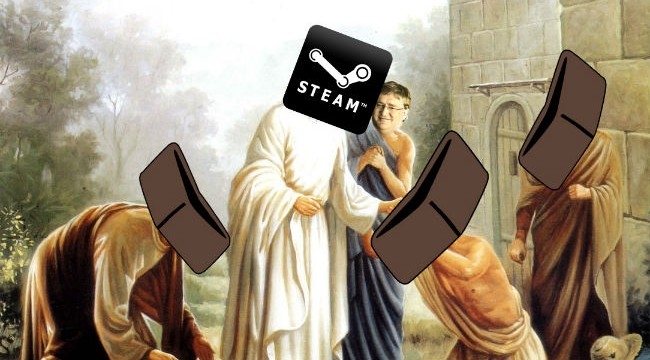