In light of the reaction to the Street Fighter V beta, it is worth examining what the term truly means. 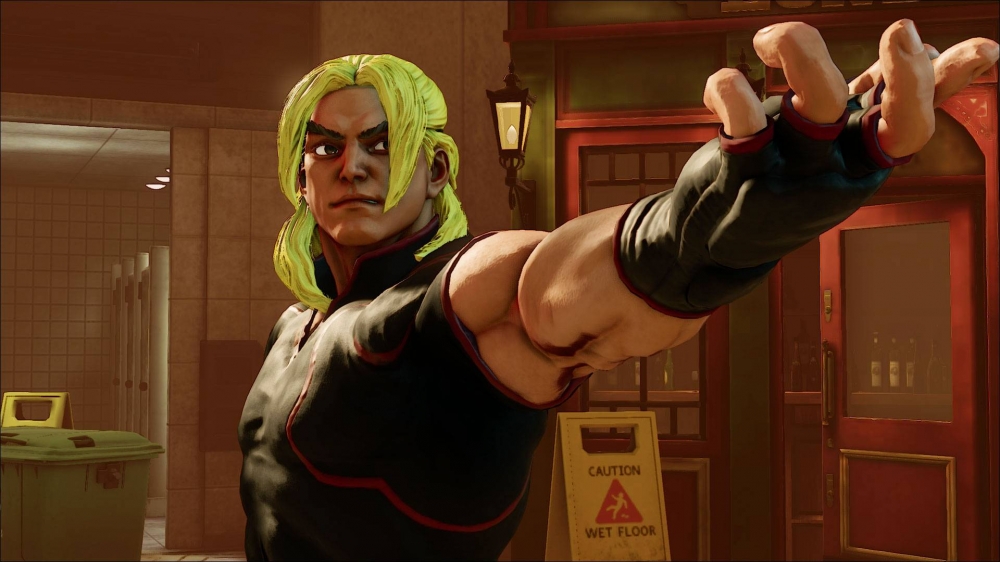 Technical alpha. Proof of concept. Stress test. Early access. The sheer number of different states games can exist in these days is equaled only by the confusion which these esoteric terms generate. Worse, many of the labels often seem to mean different things depending on who applies them. Ostensibly, there are standards to which the bearers of these monikers should adhere, but in practice, conformity is all over the place.

The backlash following the recent Street Fighter V beta highlights the inconsistencies in what people expect these terms to mean. For those not familiar with the debacle, here's the skinny: Capcom encouraged fans of the seminal fighting franchise to pre-order the upcoming game by promising them three rounds of beta access prior to release as reward for their loyalty. The problem was, upon opening the floodgates to the first beta period last week, the servers supporting the game were promptly drowned, and many fans were left out in the cold.

Even those that were able to get into the game couldn't rejoice for long; drop-outs were frequent and often terminal. Throughout the chaos, Capcom issued numerous tweets reassuring fans it was working on a solution, but after three days of painstakingly slow progress, it made the executive decision to nix the entire thing and postpone the beta indefinitely until it could be confident on delivering a positive experience for players.

In the wake of the technical disaster, fan reaction has been split. Some have taken it all in stride, acknowledging that such issues are part of the nature of the pre-release game. Others have been less sympathetic. Complaints have ranged from accusations of irresponsible incompetence on Capcom's part to conspiracies of loyal players being exploited as unpaid QA testers. Capcom has made it clear that the aborted beta will not count towards the allotment of three that was promised as part of pre-ordering, but for many scorned supporters, that's just not good enough.

Demands have been made for free DLC and additional content to compensate for the deleterious experience. Some fans have even cancelled their pre-orders entirely, citing disillusionment with the series based on Capcom's disrespect for its most ardent fans. They were promised access to something they did not receive, something which they paid money for and even took time off work to enjoy. Their loyalty can only be stretched so far: 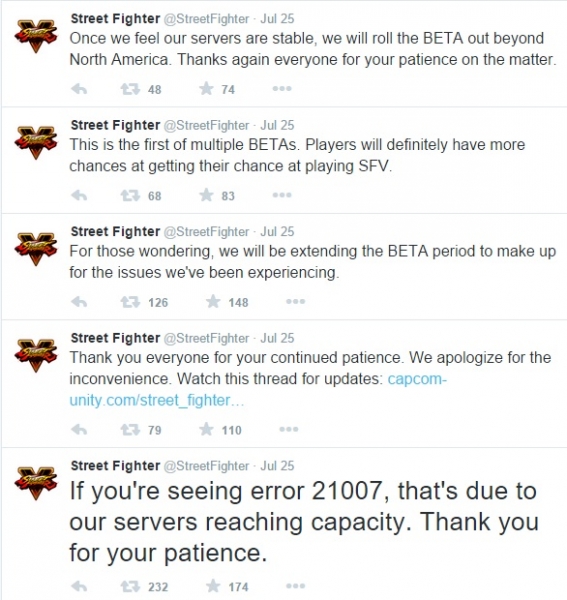 Why the great divide? Fans who have put down the same money and missed out on the same experience adopt wildly different perspectives. What is it that drives them towards such conflicting viewpoints? It's all in the word: beta. What expectations are fair for a game in beta? What standards are reasonable to set, and what idiosyncrasies can be overlooked due to the unfinished state of the game? What dues are players owed, if any? These questions and many more will inevitably see different answers from different people, but there are some general clarifications that everyone would benefit from keeping in mind. First and foremost, let's examine the origin of the term beta.

Co-opted from the field of software engineering, the use of the beta tag has traditionally applied to a product that is feature complete - that is, no critical functions or components are entirely missing - but not yet fully bug tested or honed to release quality. The beta phase of development is typically the first time the product is placed in the hands of people outside the core organisation, whether that be paid testers or voluntary consumers. Betas are intended to test infrastructure limits as well as uncover bugs and design quirks that internal testers were unable to spot.

Unfortunately, there has been a rise lately in the use of the beta label to describe games less faithful to this definition. Destiny, the titanic MMO/FPS hybrid from ex-Halo developer Bungie, appeared in beta form a little over a month before it fully released. Comprising the first few hours of the game, the "beta" was essentially a demo in disguise, a means of generating public interest rather than identifying potential problems - a mentality confirmed by Bungie failing to address the awkward menu navigation and limited matchmaking options players expressed frustration with in the beta. For the most part, the game was already finished, and its application of the beta tag was more of a defence against criticism than an attack on bugs. 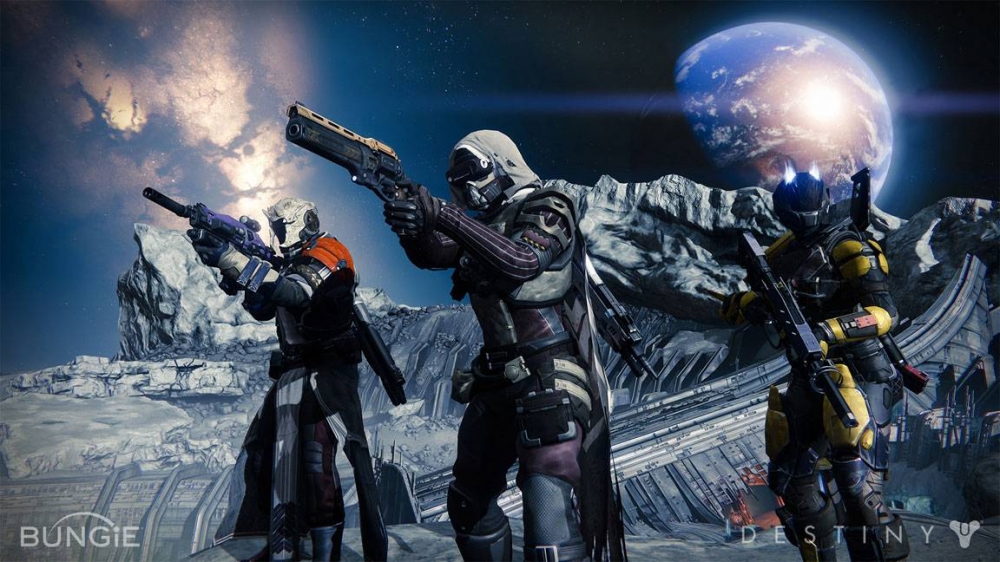 The lustrous sheen of the Destiny beta has had a powerful effect over the expectations associated with the term. In the time since, numerous games have followed its lead. Evolve, the 4v1 online monster-hunting shooter, opened its beta just three weeks prior to full release, ensuring again that the sneak peek players got was as close to the final product as possible. Battlefield Hardline skewed the definition of a beta further, rolling its red carpet out a month before release day with the self-proclaimed intent of fine-tuning weapon balance and confirming the performance of their network architecture.

The impact these games and their ever-expanding entourage are having on the perception of beta releases is hardly trivial. By slapping the beta label onto what is in some cases a ready-to-ship game, whether simply to stir up consumer interest or assess average server load, Destiny and its ilk have corrupted the meaning of the word beta and confused its application throughout the entire industry. Now, when a beta like the one for Street Fighter V exposes a significant, unanticipated flaw in the game's framework, it is seen as an "insult" and a "waste of player's time"* rather than fulfilment of its intended purpose. Even in the case of SFV, with its beta staged well over six months before its planned release so that lessons learned can guide development of the final product, there are still many who believe Capcom is at fault for not living up to the lofty standards set by Bungie and the like.

This is a real problem. Just because a few big-budget games have twisted the traditional purpose of the beta doesn't mean the term itself warrants redefinition. We use the DLC label to categorise everything from alternate character skins and new items to entire campaign packs and wholly different game modes. The same breadth of scope should be applicable to games in beta. The term implies unpredictability, and that can just as readily be a positive as a negative. We need to be equally prepared to receive tightly-tuned demos like Destiny as we are to encounter scenarios like SFV. Betas are not one-size-fits-all, and we need to keep that in mind when making comparisons.

There's a crucial advantage to the SFV approach, one that is particularly relevant in the current era of games. With travesties like SimCity and Halo: The Master Chief Collection launching with crippled and wholly broken online components, making the effort to stress-test server capacity half a year ahead of release - with ample time to shore it all up for prime time - is smart. Capcom doesn't want large swaths of its fan base sitting around and twiddling their thumbs come launch day. Much better to deal with disaster now in an openly capricious environment than risking a jaded revolt on day one. 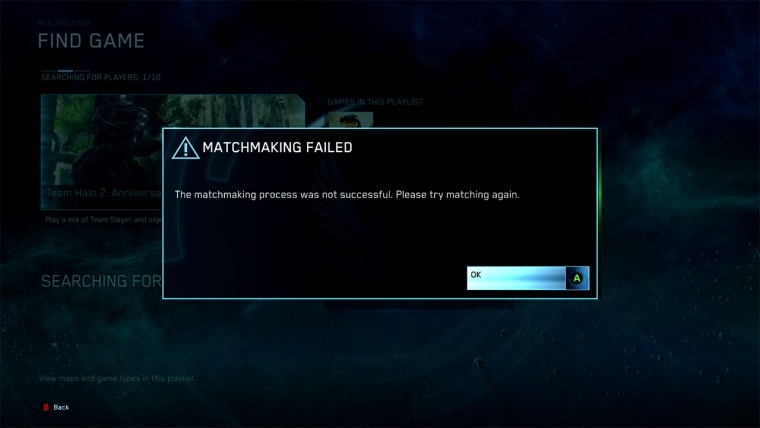 But even putting that point aside, the argument that all betas should accord to the standard of a select few goes against the principle at the core of proper testing: pinpointing problems that need to be fixed. Participants in a beta test are assumed to understand that incomplete games are inherently vulnerable to instability. A good time is not guaranteed, not unless the provider has expressly made that perilous claim. By opting in, you're signing away the right to entitlement, come what may. That includes messes like SFV. Capcom was right not to count the tumultuous experience against the three beta periods promised, but it owes fans nothing more.

Insisting that Capcom has somehow failed in its duty is absurd. It delivered exactly what it stated. It might have been a far from optimal experience for both fans and Capcom alike, but to see apathetic incompetence or outright malice in the situation is foolish. To swear off the whole franchise on the basis of a single bad experience is even crazier. That benefits no one. Betas are built to be learned from; if Capcom isn't given a chance to improve, what point is there at all to soliciting fan feedback? The best way to express disappointment is to encourage Capcom to do better next time. Only if it repeats the same mistakes is a measure of indignation justified. In the meantime, decrying Capcom as the personification of evil only makes it harder for the company to hear the constructive criticism it needs to make SFV the best it can be.

Betas are going to be buggy. Some less so than others, perhaps, but by their very definition they exist to highlight weaknesses and flaws. Nothing is guaranteed, no error is out of bounds. We willingly submit ourselves to the whims of anarchy by jumping into an unfinished game. We may be unhappy with what we get, especially if it ends up being nothing at all, but we have to remember what it was we signed up for. A beta. An incomplete product being poked and prodded to expose its flaws.

Let's make sure we set our expectations accordingly.

*Quotes have been taken from posts made on the Capcom forums