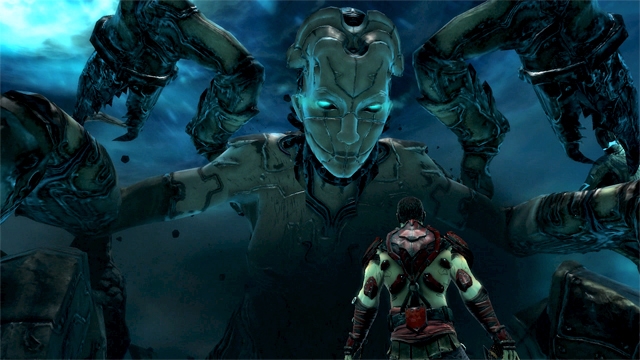 Easily one of the more exciting iOS games to get some airtime at last week’s E3 was Godfire: Rise of Prometheus, a brutal action adventure game inspired by Greek mythology. It follows Prometheus, the dual sword-wielding hero, hacking through levels against fierce Greek Gods and their cronies. After stealing the coveted Godfire spark, Prometheus gets into a God Battle. The battle ends with him plummeting to the mortal world below, dropping the spark, and cursing his fumbly hands.

The game comes from Polish developers Vivid Games, who previously brought us the much-loved title Real Boxing. The studio used E3 as a chance to announce the game’s June 19 release date, and reveal the Survival mode, where players are challenged to see how long they can last against waves of enemies, before comparing scores against friends. Also show was the cinematic trailer below, by Oscar-nominated animation studio Platige Image.

The game evokes memories of PlayStation’s famous God of War series, and the tag of “console-like” is certainly deserved, with great character design and a well-realised Ancient Greek theme.

As well as appearing on the App Store, a collector’s edition will also be made available to purchase from the Godfire website. The pack will score you a Godfire t-shirt, a small model of Prometheus and a 100-page hardcover art book… oh yes, and a voucher code for the game, of course.