Australian developer Stirfire Studios is best known for its vertical platformer Freedom Fall, and the studio isn't done with the world yet. 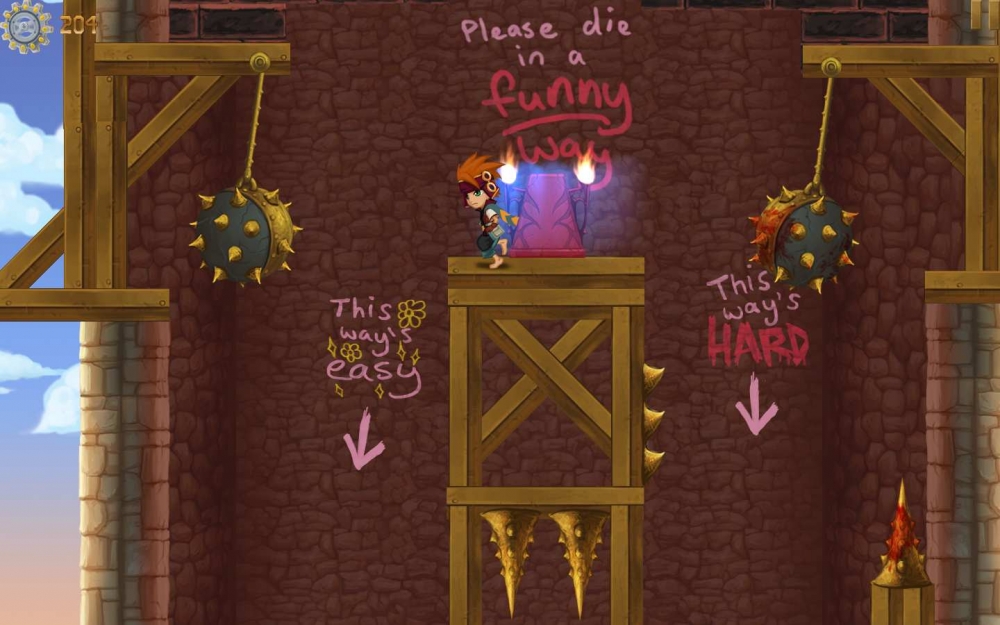 Stirfire Studios was one of the star attractions in the indie zone at PAX AUS this year, showing off its new VR game Symphony of the Machine. We got a chance to play the game, and also interview managing director Vee Pendergrast on her attitude to accessibility in gaming with VR. As part of that chat we touched on her first game, Freedom Fall. The colourful, humorous vertical platformer was one of our favourites on release. The game was like the anti-Mario. It began with the hero already getting to the top of the princess' tower and ready to rescue her... only to find out she was a bit touched in the head. The goal was therefore to escape from her clutches, getting down the tower as quick as possible. On the perilous journey, notes she wrote on the wall provided plenty of giggles. It's a style of play that has since been utilised by the mega hit Downwell.

Freedom Fall came out way back in 2014, so will there be a sequel? This is how the conversation went:

Freedom Fall was a favourite of ours; how has that game’s reception impacted the studio and what chance of a Freedom Fall 2 in the future?Freedom Fall was not a huge commercial success, but that is really what made the industry and media sit up at take notice of us and it did well critically. As we come from Western Australia, I think a few people were surprised to see a product like that come out at the time. But WA has since had a few more success stories. The quirky dark sense of humour that was a central theme of that game will be returning in future titles and we do want to explore the world of Freedom Fall a lot more. Lisa Rye, Freedom Fall’s creator, has done a lot of world-building in her spare time and there is a lot of material to work from. All of it makes you laugh and feel a bit worried at the same time.

You can play Freedom Fall now on iOS, PC, Xbox One and PS4.