Apples to Oranges: We examine whether Apple's grip on the App Store is a tender embrace or a deadly chokehold. 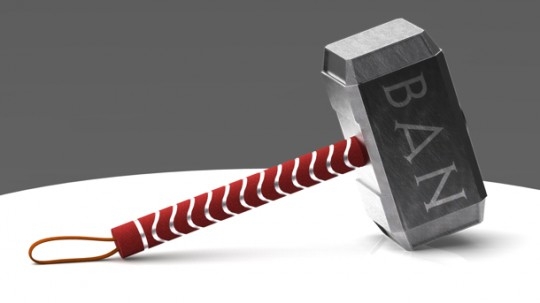 Apple used to be a name synonymous with revolution. The iPod, iTunes, the iPhone; the company has changed the direction of entire industries with its novel thinking and emphasis on accessibility. But recently that focus on forward thinking seems to be notably absent. From iOS features cribbed from Microsoft and Google's offerings, to Apple Music being a near straight-up clone of years-old services Pandora and Spotify, the former frontrunner has traded risk for reaction, content to simply retain its dominant position rather than drive the market into uncharted territory. This reactionary approach extends beyond a mere lack of innovation, impacting the way the company responds to shifts in the social landscape.

Take, for example, the current wave of resentment sweeping through the United States regarding the Confederate flag. The hostility comes in the wake of the flag's association with the racially-motivated murders of nine African-Americans by self-sold white supremacist Dyllan Roof. For those unfamiliar with American history, the Confederate flag was first used as a symbol of solidarity by the Southern states during the Civil War in the 1800s, and has long carried connotations of slavery and superiority that were at their height during that era of America's past.

Controversy over the morality of displaying the flag has been brewing ever since the turn of the 20th century, but it wasn't until Roof's heinous murder spree that the issue reached critical mass. Calls for the flag to be outlawed are resounding across the country, with the most incensed citizens taking to burning the symbol in clear defiance of anti-desecration laws. Furore is high, and many public-facing entities have sought to distance themselves from potential backlash by removing all references to the contentious image from their products and services.

Apple did just that, banning from the App Store a number of games and apps that contained depictions of the Confederate flag. It was a move that might, at first glance, seem hard to fault. Protecting itself and its customers: not the most despicable of decisions a company could make. But there is a name for this kind of behaviour, a name that reinforces the fact that protection doesn't come without cost.

Before we go too far down the rabbit hole, let's establish some relevant definitions. The term censorship refers to the deliberate silencing of material deemed inappropriate for audiences by a higher body. It is not the willing removal of an aspect, or aspects, of a work by its creators. For instance, George Lucas going back and messing with Han and Greedo's shootout in Star Wars is not censorship, as rotten as it might be. A director's cut of a movie containing scenes and structure that were stripped from the original by studio executives, however, is censorship. The key here is respecting the vision of the creator or creators; it is their pride and joy, after all.

Claiming that a creative work is censored because it doesn't fit with one's expectations is not a valid argument, just as companies trumpeting the notion of protecting public interests falls flat when those in charge have no accountability. The creative industry is not a democratic institution; we do not elect businesses like Apple to decide what content we should or should not have access to. That is censorship: the uninvited filtering of creativity by an external body.

Here's the sticky part, though: under the terms of service of the App Store, Apple has the ability and the right to remove anything it deems deleterious to the environment it wants to maintain, whether that be due to copyright issues, disingenuous payment schemes or offensive imagery. Exercising this right does not, as some may think, violate freedom of speech; the oft-cited concept applies to protection from government intervention in the public domain, not to the limits of expression within a corporate enterprise. But while Apple's executive power is unequivocal from a legal standpoint, the ethics of the exertion of such power remain up for debate.

This is not a case of a company caving to social pressure; Apple acted pre-emptively with the clear intention of being seen as a proactive party with a strong social conscience.

But is that really true?

Let's consider what Apple has done in terms of principals alone. It has reacted to a social controversy by censoring its marketplace in order to avoid being seen as supportive of discrimination. A legitimate motive, certainly. But were its actions equally justified? Banning wholesale any games or apps that happened to include an image held in public contention, with little respect to the context of its portrayal, reflects a desire on Apple's part not to protect its customers, but to protect itself. The flag on its own contains no vulgarity - no graphic violence, no pornographic imagery. All its discomfit comes from interpretation, and that's an issue that needs to be tackled at a deep, social level, not a superficial one.

Evidence that malice is not inherent in the image can be seen in Apple's subsequent reinstatement to the App Store of certain games and apps deemed "historical" or "educational." In doing so, it would appear Apple is indirectly admitting that it was too heavy-handed with its initial reaction, rushing to shield its own hide without considering the unfortunate innocents who might be left in the cold. There are still now plenty of developers denied revenue purely because their creations reference an ugly moment in America's history.

Unpleasant though that period may be in the minds of Americans, it is far from the calibre of something like the swastika, which still appears in many apps on the App Store and has done so for years. It is interesting to note that Apple has made no objection to an image that evokes the darkest period of German, and maybe even global, history, yet moves swiftly against the far less heinous association of controversy from America's past. 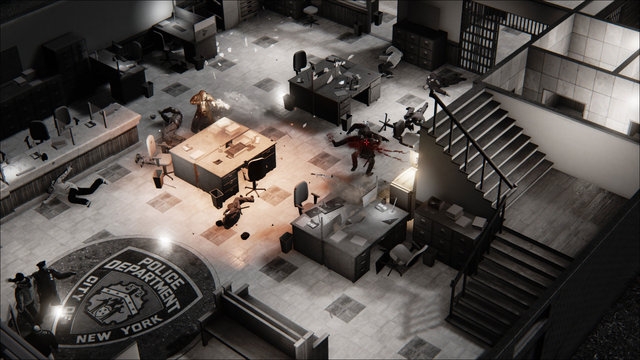 A recent example that highlights the potential for censorship to backfire is the publicity surrounding the PC game Hatred. As a game that sold itself as an unabashed massacre simulator, it received an onslaught of well-deserved flak for its glorification of brutal murder. Unfortunately, all the negative press - including a temporary ban from digital distribution service Steam - only served to generate hype for a game that, at its core, is a completely mediocre twin-stick shooter.

For all the misanthropic and sadistic sentiment bandied about prior to the game's release, once it made it into the public's hands, people were quick to see it for what it really was: a cheap ploy to court controversy for the sake of fame and fortune. Fortunately, thanks to the discerning palate of the average gamer, the developer's scheme swiftly fizzled out.

Hatred's folly proves that the public is more than capable of identifying and subsequently ignoring devious attempts to promote despicable ideals. In fact, the only reason Hatred achieved any modicum of commercial success at all was due to the publicity generated by its ban from Steam and the coverage given it by "concerned parties." Like the disruptive class clown, controversy feeds on attention; pay it no heed, and it eventually starves itself into extinction. Apple would have been wise to consider that piece of advice before acting so hastily.

Its lack of faith in the judgement of its user base is quite disconcerting.

Apple's authoritarian attitude shares a worrying number of similarities with the Orwellian vision of stifled expression. Though it might not be the government exploiting its power, the implications of creative control being taken out of the creator's hands are decidedly grim. If Apple is prepared to take the "guilty until proven innocent" approach with a legitimate element of American history, what kind of precedent does that set for the rest of the industry? If Apple suddenly determined that horns, pitchforks, pentagrams and metal music were all inextricably linked to the devil and thus dangerous to society, we would have no way of preventing the company from purging its dominion of the purportedly hazardous material.

We've already seen suggestions in line with this thinking from anti-gaming activists like Jack Thompson, blaming video games for seeding and nurturing violent behaviour. If we were to hand those kind of people the keys to the industry, our entertainment would spiral into creative bankruptcy quicker than the Atari crash of the 1980s.

There is no question that there are horrible people abusing symbols like the Confederate flag to champion their despicable agendas. But horrible people are an inescapable facet of society; they don't need a piece of cloth to spread their disease. Censor one malcontent, and two more will rise to take its place. A symbol itself has only the power bestowed on it by those who fear it. Rather than wasting effort on attacking the symptoms, focus on the root cause. The education of equality would be a far more fruitful application of Apple's resources. Celebrate games and apps that promote diversity and equal opportunity rather than crushing those that might be construed by a certain subset of people as controversial. Institute an incentive scheme for developers who craft experiences that engender acceptance and foster unity and understanding. Concentrate efforts on positive reinforcement instead of doling out punishments that only serve to fan the flames of existing hostility and scorn the innocents caught in the crossfire.

Censorship is a band-aid on a broken limb: it might cover up the surface scars, but it does nothing to help the true injury heal.