The Oxford Dictionary of English’s secondary definition for the word saga, is “a long, involved story, account or series of incidents.”

Fitting it is then to call developer King’s current adventures in the world of trademarking a saga.

For those who haven’t been following the bouncing ball, King is the owner of - amongst many other games - Candy Crush Saga, a mobile and Facebook game played by millions daily. King has gradually been dialling up its trademark attacks over recent months to include any games that have the individual words candy, crush and/or saga in their titles. It is this practice that has brought the ire of the internet and game development community to bare against them. One such protest is Candy Jam, in which game developers have so far churned out over four hundred games with the words Candy in the title. For kicks, it’s worth checking out some of the titles here.

The Banner Saga is a PC role playing game developed by Stoic. The fact that the game’s title contains the word saga is literally the only similarity it has with King’s Candy Crush Saga. King, however, felt a need to oppose Stoic’s move to trademark “The Banner Saga,” which is just one example of how ludicrous trademarking laws are. To retain a trademark, a company must defend that which they have trademarked, but within reason. Given the above dictionary’s definition of the word saga, surely it is reasonable to accept that in the world of video gaming, there is bound to be a fairly liberal use of the word in game titles.

The International Game Developers Association (IGDA) seems to agree. A non-profit membership organisation serving individuals who create games, one of the key points in their mission statement is to “make change in our industry by identifying and speaking out on key issues.” It has done just that with an open letter published on February 18th:

“As an advocacy organization for game developers, the IGDA diligently monitors issues that may restrict a developer's ability to create and distribute his or her work. After reviewing the Trademark filing and subsequent conduct by King Inc. in relation to its popular game, 'Candy Crush Saga,' we feel we should comment."

"While we understand and respect the appropriate exercise of Trademark rights, King's overreaching filing in its application for the Trademark for its game 'Candy Crush Saga,' and its predatory efforts to apply that mark to each separate word contained in that name, are in opposition to the values of openness and cooperation we support industry wide, and directly contradict the statement King's CEO, Riccardo Zacconi, made on 27 January. Our Business and Legal Special Interest Group will be providing a more comprehensive analysis of this issue from its perspective soon.”

The IGDA’s letter certainly has some strong wording, calling King’s moves “predatory efforts,” and for an opening gambit in what promises to be a continuing saga - in every sense of the word - they seem to be making their initial stance clear.

An empire is always largest before its fall, and the hits are starting to stack up against King. Independent developer Albert Ransom’s legal action against King, claiming his game CandySwipe was cloned and became Candy Crush Saga is detailed in our article here and predates any of the current goings on by over a year.

With King recently filing for public offering, it will be interesting to see who makes the next move, and what it will be. This is definitely a saga with some legs left to it, and we will be following it closely.

Now, anyone in the mood to play CandySwipe? Yes? Great! Grab it here. 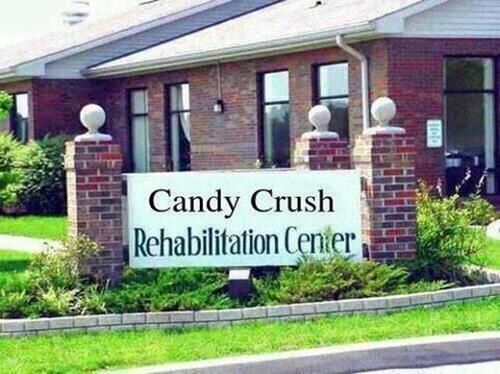