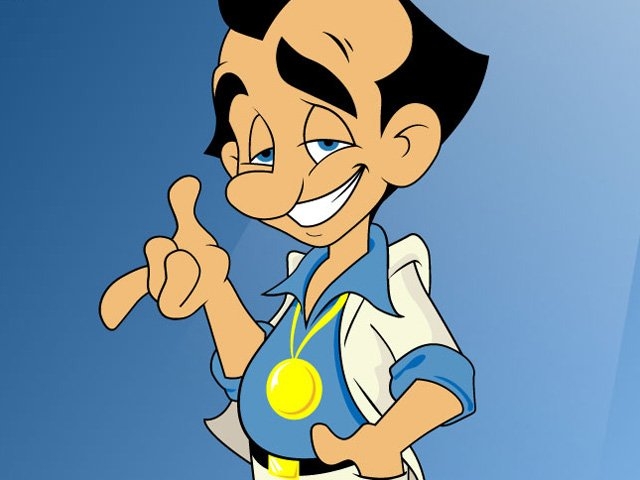 Many approach it with a spring in their step and a great sense of excitement. A wonderful day to be enjoyed with your cherished loved one. But for others it hangs ominously overhead like a wretched shadow, sucking the very life out of them. That’s right good people, the dreaded Valentine’s Day is just around the corner.

Last year we had such a great time putting together our list of the best games to play on Valentine’s Day for the relationship disadvantaged, we’ve updated it with some new games. Check out our list below and grab anything that takes your fancy.

Is there other games you would have added to the list? Let us know in the comments.

1. Thomas Was Alone (Mike Bithell)
In its own right, Thomas Was Alone is one of the best minimalist platformers we’ve ever had the pleasure to play (read our review here.) But I think our reviewer put it best when she said “this is a game about the weirdoes, the outcasts and the misfits.” Even if your name isn’t Thomas, I’m sure you get the gist as to why this is the perfect game for the single person to play on Valentine’s Day. 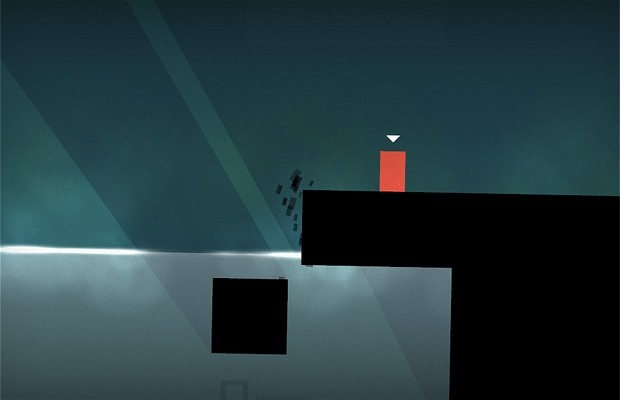 2. Leisure Suit Larry: Reloaded (nFusion Interactive)
Whatever your relationship status is, I can guarantee you it’s not as bad as serial dork Larry Laffer. In this rebooted version of the 1987 point-and-click adventure game, Larry’s sole purpose is to find “love.” Being the social Neanderthal he is, it never quite works out. You’ll definitely get some laughs out of this one, and be able to come away saying “well, at least I’m not as bad as Larry.”

Grab it on: iOS, Android, PC 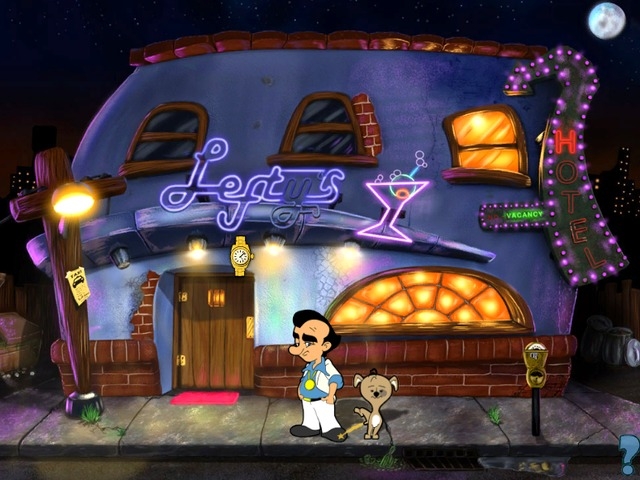 3. Catherine (Atlus)
Catherine has to be one of the most downright bizarre games I have ever played. As a puzzle-platformer adventure game, the puzzles are mind melting and the plot is even more difficult to follow. In a nut shell, you play as Vincent who is engaged to Katherine. However, a saucy temptress comes along whose name also happens to be Catherine, forcing you to choose between the two ladies. Unfortunately, it turns out that Catherine is a succubus (naturally) who tempts men into cheating on their partners by taking the form of each man’s fantasy woman. Even knowing that she is a hellish demon, at least you can briefly live out the fantasy of being with your dream partner. 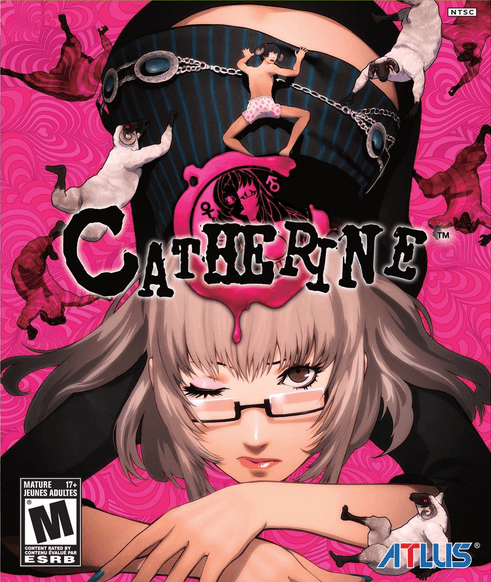 4. God of War 3 (SCE Santa Monica)
This might seem like a strange pick, but bear with me. In amongst the roiling emotions you’re experiencing today, one of them may be anger. Even full blown, white hot rage. You’re going to need to deal with that in an appropriate manner, so why not jump into the sandals of Kratos. The titular God of War has to be one of the angriest video game characters ever created. Ever wanted to poke out the eyes out of Poseidon? Or how about ripping the head off Helios? Kratos has all your anger-induced needs covered on Valentine’s Day. 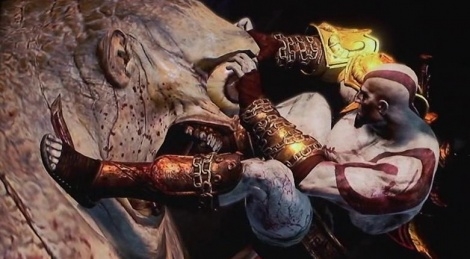 5. Journey (Thatgamecompany)
Journey rightfully won several “game of the year” awards when it launched in 2012. It’s quite unlike anything else out there, with the player controlling a robed figure wandering across a vast desert to a mountain in the distance. It’s a pretty lonesome affair but when you do come across another player you can’t communicate with them via speech or text, only by musical chime. This game is a great one to play on Valentine’s Day for two reasons: it can be very lonely at times and you get a chance to work on your communication skills.

6. Minecraft (Mojang)
If you’ve been tentative about dipping your toe into the deep, deep waters of Minecraft, why not get started today? I mean, what else do you have to do except sit at home being depressed/angry/indifferent? The hours will just fall away as you go about building structures that represent your hatred of Valentine’s Day. To ease your transition into the game, we’ve even gone to the trouble of putting together a Beginner’s Guide to Minecraft in Issue 1 of Grab It Magazine. You may also be interested in reading our feature where we ask the question: why is Microsoft making a game for Sony platforms? 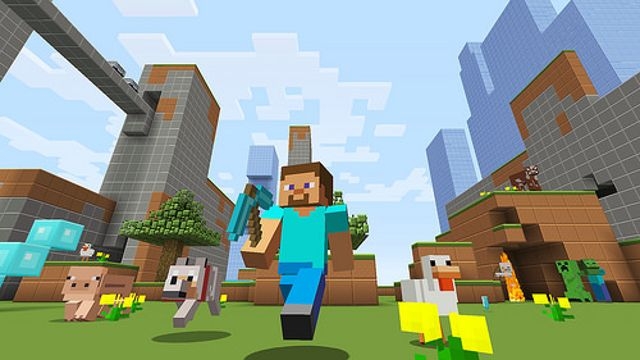 7. Doggins (Brain&Brain)
It doesn’t have to be all doom and gloom on Valentine’s Day. If you’re single and feeling a little bit down, then I guarantee that Doggins will cheer you right up. In fact, I challenge you to try and not smile while playing this game. In this charming point-and-click adventure, Brain&Brain poses the question: do dogs have dreams? The answer to this question will leave you feeling all warm and fuzzy. You can read our review here and check out our interview with Brain&Brain’s upcoming title, Burly Men At Sea.

Grab it on: iOS, Android 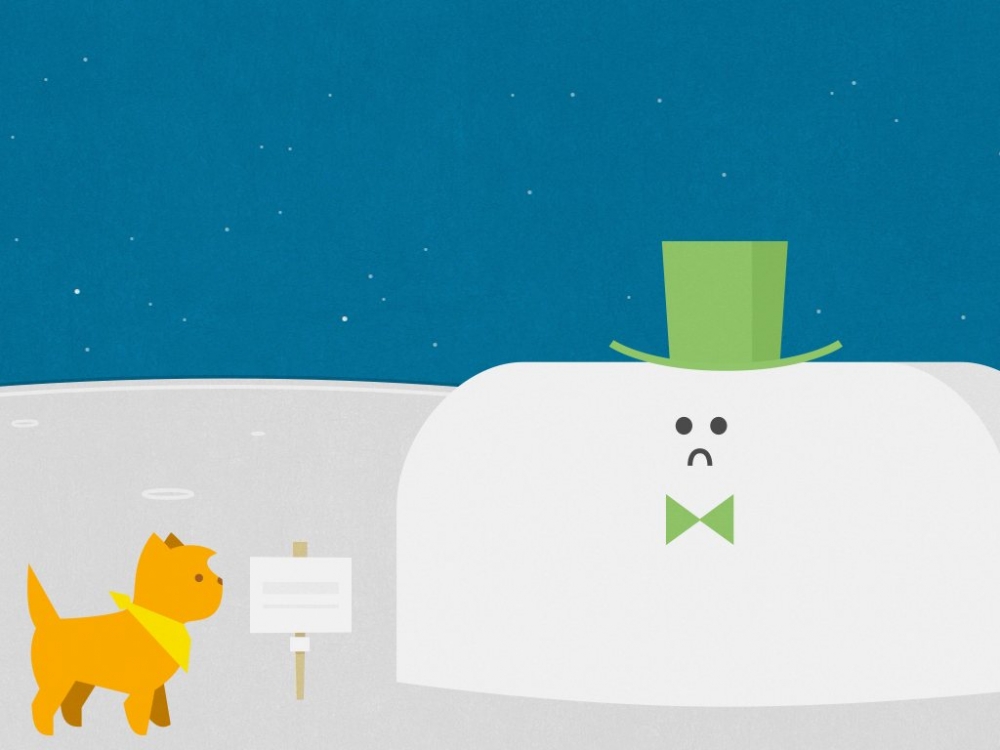 8. The Sims 3 (Maxis)
You may not be feeling particularly inclined to deal with other people today, so why not manage the lives of a pixelated community instead. At least they won’t let you down. You can even manage their relationships and imagine that it’s you with the hot pixelated partner. Or you can tear them apart. Whatever suits your fancy. 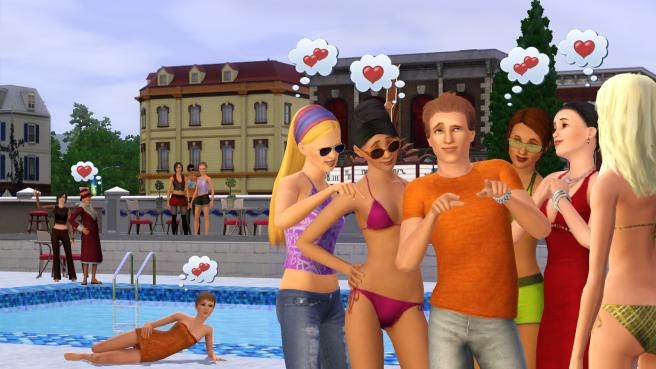 9. Hector: Badge of Carnage (Straandlooper)
Apart from rage and resentment, another emotion you might be feeling today is cynicism. If this is you, then a great friend you’ve found in Detective Inspector Hector. In this point-and-click title, the rude and abrasive officer must grudgingly stop a homicidal maniac using every unorthodox police method at his disposal. Hector isn’t afraid to say it like it is, meaning you’ll often find yourself unashamedly gasping at the offensive dialogue and puzzle design. If anyone were to hate the idea of Valentine’s Day, then look no further than Detective Hector. 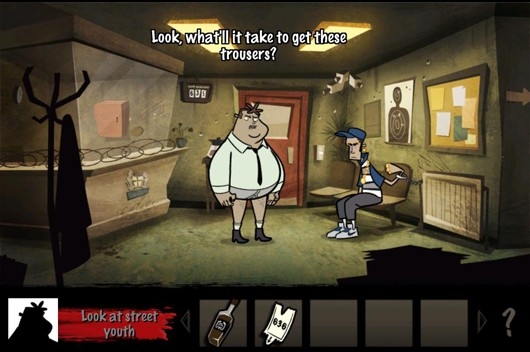 10. MTN (David O’Reilly)
MTN isn’t a game in the traditional sense. There aren’t any controls and you don’t really do anything. You are simply a mountain, endlessly floating and merely existing. Days drift by leisurely. All you do is observe and listen to the musings of your mountain. This might seem like a rather confusing premise for a game, but it allows for some rather philosophical ponderings. Who am I? What is my purpose? Why don’t I have a partner on Valentine’s Day? All fair and relevant questions.

Grab it on: iOS, Android, PC 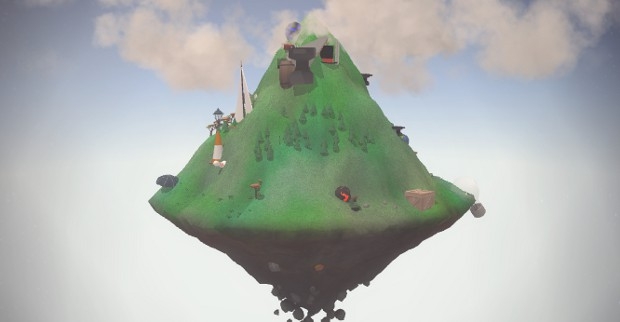